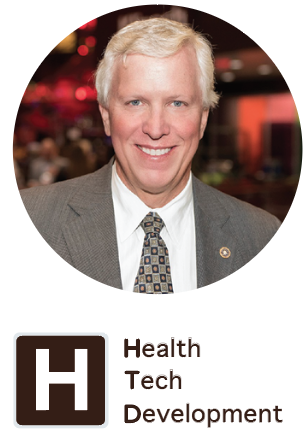 Brian J. Smith, President, Health-Tech Development, Inc.: Brian has been a construction, real estate & healthcare industry innovator for over 35 years. As the Director of Strategic Project Development with the Cleveland Clinic, he was a key player in the implementation of numerous capital projects throughout the Clinic healthcare system. His ability to work cross functionally with stakeholders such as Clinic leadership, municipalities, boards of directors, community outreach and institutional development ensured the success of his projects. During Brian’s time with the Cleveland Clinic, the enterprise grew from 1 hospital to over 170 locations across the globe. Brian is the past president of the American Institute of Constructors, Northern Ohio Chapter, as well as an investor in North Coast Angel Fund/EMBA Investments. He earned two undergraduate degrees in Construction Technology & Engineering and an Executive Master of Business Administration Degree from Case Western Reserve University in Cleveland, Ohio. In 2019, Brian formed Health-Tech Development, Inc., a private real estate development and consulting firm. 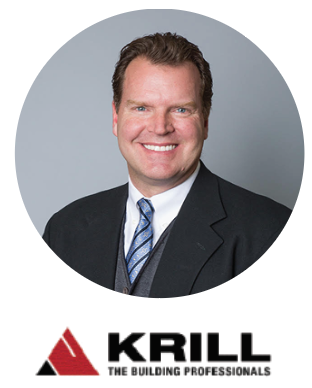 David F. Fischback, President/Co-Chairman, The Krill Co., Inc.: David has over 33 years of construction experience working with The Krill Co., Inc. on construction management, design build, and general contracting. As the President of Krill, David is responsible for full project delivery from concept to completion. He has extensive experience directing the construction team with an emphasis on master scheduling, project phasing, construction estimating and value engineering. He also oversees contract bidding, subcontractor negotiations, and daily construction administration.
During his career he has overseen the development and construction of a wide range of project types including; Historic Renovations, New Commercial Office, Manufacturing Facilities, Laboratory & Research Facilities, Hospitality Facilities, and Senior Housing Facilities, for such clients as The Cleveland Clinic, The Sherwin Williams Co., Progressive Insurance, Case Western Reserve University, Jennings Hall, Lorain Health & Dentistry, and private Developers. 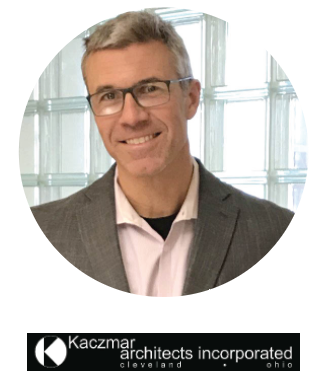 Christopher J. Kaczmar, RA, AIA. President, Kaczmar Architects Incorporated: Chris has extensive experience overseeing a variety of project types during his career with Kaczmar Achitects incorporated (KAI). His talent and commitment as an Architect, organizer, and communicator have resulted in award-winning projects that are completed on-time and within budget. Chris’s clients understand that in working with him they have a design partner who provides great value for their project. Among Chris’s successfully completed projects is the $110 Million Westin Book-Cadillac Detroit Hotel & Condominiums Project and the $74 Million Louis Stokes Cleveland VAMC Office Building. Recently, Chris led the KAI team in delivering the 2018 National Interstate Insurance World Headquarters Office Building, recipient of the 2018 NAIOP Office Architectural Design of the Year Award 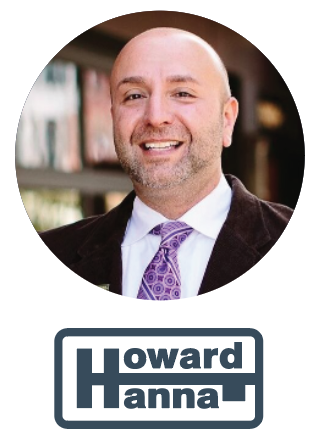 Ted Theophylactos, Realtor: Serving the amazing city of Cleveland and its surrounding suburbs for 20+ years, Ted has an extensive knowledge of both East and West side communities and is a recognized leader in the highly-specialized areas of residential city sales and new construction. Focused on Cleveland’s growing urban housing market long before it became popular, Ted’s career began in 1991 when he was licensed with Realty One. In 1997, he joined Progressive Urban Real Estate and began selling in Tremont and Ohio City where he had the pleasure of working on some of the city’s first new housing since the 1950’s. In 2001, Ted earned Cleveland’s highest honor of becoming top realtor in terms of volume and has remained in that position for the past 19 years. In 2008 Ted joined forces with real estate giant, Howard Hanna and he has been with the brokerage for 12 years. In an ever-changing market, he is known for his vast knowledge of the housing market, financing, mortgage trends, design trends, what’s hot and buying/selling strategies for his buyers and sellers. A new construction specialist he has worked on a number of luxury projects with the region’s top developers.
ted@howardhanna.com 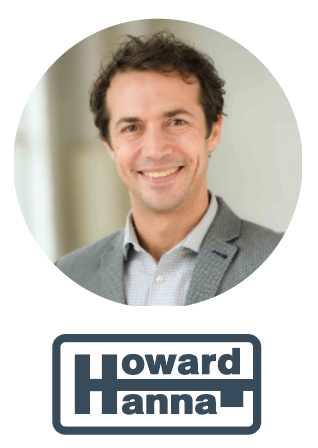 Geoffrey Hoffman, Realtor: Geoffrey was born and raised in Cleveland Heights and is a lifelong resident of the Cleveland area. After graduating from Case Western Reserve University in 2002 he “crossed the river” to live on the West Side before relocating back to the East Side in 2012. He has nearly 2 decades of experience in residential and artistic construction, design, remodeling, and property management. In 2013 he was licensed as a Realtor and the following year was named Howard Hanna “Rookie of the Year”. He has since earned recognition in National Sales Excellence, Quality Service Award, and ranked in the top 5% of agents by Cleveland Magazine. Geoffrey is trained as a Certified New Home Specialist, Relocation Specialist, and in Homes of Distinction. He sells historic homes, new homes, and everything in between.
geoffreyhoffman@howardhanna.com